How Reliable Are Online Reviews? 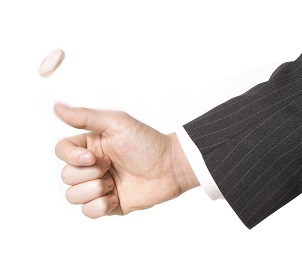 Many of us rely on different kinds of online reviews for advice on retailers, restaurants, cleaning companies, etc. Most people think that such companies as Yelp and others are democratic and post all reviews and comments…Nothing of the kind!

From our experience we know that Yelp plays according to its’ own set of rules. Company’s screening system is working according to the rules that are not disclosed to the public. Very often you even don’t know whether your review will be posted or not. Very often Yelp screening filters and removes positive reviews allowing negative reviews to remain and to kill small business.

The problem is that Yelp’s program that filters the reviews has been created unprofessionally. If a person who left a positive review about your business doesn’t have a long history with Yelp, if he doesn’t use Yelp a lot, has created a minimal personal profile, very likely that review (even if it is deep and profound) will be filtered and won’t be seen to the public.

Our company faces this problem very often. Lots of reviews, positive ones, from our customers have been spammed by this unprofessional filtering system. Our clients are very busy people and they can not give half of their life for Yelp.com. We assume that their reviews were filtered because these people do not use Yelp very often.

We, at Maria House Cleaning, are sure that time is money and people won’t spend hours in front of computer screens writing reviews. Because of such imperfect and incomplete filtering system small and medium business faces great problems.

There are so many cases and stories about small business that was killed by this corporation.

Maria House Cleaning is also facing problems with the reviews system. Before I tell you our story, I’d like to say that our company was founded in 2002. We have been working on the cleaning field for 12 years already. 99% of our customers are satisfied with our work.

We have clients that stay with us from the very beginning. Our data base includes more than 300 customers that we clean on a regular basis (at least 2 times a month). There are people in our cleaning team, who have been working for us for 8-10 years. These statistics say a lot.

Dozens of times our customers have complained that their positive reviews had been filtered and removed by Yelp program. Yelp says that the program filters only those reviews that are suspicious and could be false, such as reviews that could have been submitted by the same person from the same IP address. At the same time the system plays in frequent posters’ favor.

If you rely on Yelp reviews, you might end up making a wrong decision of where to spend the hard-earned money. Don’t believe everything you read in reviews. Very often too negative or too positive reviews have been written by very emotional people. Such people tend to see the smallest negative detail and they tend to forget about 99.5% of perfect work that was done. And if negative reviews cause you to question our company or any other company, we encourage you to ask questions. Very often after asking questions you will see the other side of the coin.

When we ask our customers to leave reviews, we do not ask only about their positive or about negative experience with us. We want to know and to hear every customer who leaves a review. We do not want our customers to be disappointed about spending their time on leaving reviews and then not finding them on the list…

We tend to believe that Yelp is in business to make a profit. Even though Yelp says that they are unprofitable company. This company LOVES negative reviews because they give their salespeople an opportunity to call small business owners and very aggressively sell advertising. We suppose that this advertising on Yelp, which cost $300+/month will help your negative reviews to disappear, and for your positive reviews to come in sight.

It’s not a secret that small business has few chances to survive in the world of big corporations that dictate the rules. We’d love to hear your ideas and comments on this question. Do you believe online reviews? Are they really reliable? What to do when positive reviews are removed and negative are left?